I don’t write on this site anywhere near enough, I was expecting this to be mostly tech writeups, interesting things, but instead I’m using it as a place to write about my cat, Pixel. This isn’t a story with a happy end, and my writing comes from a place of wanting to remember him.

Since 2016 I had happily been living alone in a 2 bedroom apartment. It was a bit solitary, but I had work and the office during the day, socialising with friends in evenings and weekends, it was nice, I didn’t need or want a pet. But then March 2020 came along.

As the UK went into lockdown, visiting with friends was forbidden, the office was closed and we began remote working. The loneliness grew and while Zoom calls and Discord meetings helped; I felt helplessly alone, away from friends, family and my loved ones.

The summer came and with it a ray of hope. My landlord mentioned he liked cats and in an offhand comment, I asked if I would be allowed one and he said it would be OK. Suddenly there was an answer to my problem, I could get a cat.

After some looking around, I was pointed towards a delightful 4 week old litter of kittens. Mother was a long-haired pedigree breed of some kind, the Father was a random tom cat she found when she escaped one-time. The kittens were all little bundles of fluff but one of them was fluffier and floofier than the others, with a tabby heart shape on his white coat. As soon as I saw him, I knew he was right and I would give him a home.

Arrangements were made and when he was old enough I was to come back and pick him up and take him home. About 6 weeks later, this tiny ball of fluff came home and made himself comfortable on the back of the sofa, hiding underneath a giant alicorn plushie.

It didn’t take long for him to start to follow me around the apartment. If I was asleep, he’d lie next to my legs and sleep; if I was using the computer, he’d lie next to my mouse hand and nap. His bed was in an Ikea Kallax unit next to my 3D printer, and he would amuse himself by watching the printhead moving around.

He became a regular fixture during standup meetings at work, and would make himself known by jumping up at inopportune moments. When I played games, he’d sit on top of the monitor and swipe down at the moving sprites.

Autumn came and with it, more lockdowns/stay at home orders. Luckily I had my companion, he’d always be somewhere in the room if I was there. I’d play Elite Dangerous in the evening, taking part in an organised tour of the galaxy and the lore of the game and I’d have Pixel with me – either next to my mouse or on top of the monitor.

In April 2021, I moved house. it was bigger, it had a garden, it wasn’t next to busy dual carriageway. After a few months it was clear that Pixel wanted to go outside. He started exploring the area and I ended up putting a GPS tracker on him to see just how far he was going.

He started to get into a daily routine. Leave the house at 8-9AM, patrol his territory, call in at 11AM – have some food, find his humans for scritches and fuss; then back out. Repeat multiple times until finally coming in at 11PM and sleeping.

Friends were made with a new cat nextdoor, Freya, and he continued enjoying being out and about. When in the house, he’d flop, he’d loaf and he’d sleep. At this time he also started becoming a regular visitor to my D&D games, pawing at the dice and sitting on the rulebooks.

Now we come to the end of story and the saddest part. We noticed him outside in the garden at 11PM, chasing a mouse and refusing to come in until he’d caught it. He ran underneath the garden fence – his usual way out and we decided to leave him for a bit – he’s done this before a few times, and staying out late isn’t a problem.

At midnight, wondering where he was, my partner went out to the street, where the tracker said he was to find our poor floof, in the middle of the road having been hit by a car. It was already too late and our dearest Pixel was no-longer with us.

He was more than just a pet to us, he was our floof, our companion and a great source of comfort for me in a time when no-one else was able to be there. He will be forever missed, and there will always be a hole in my heart.

❤️ Pixel, you will be missed. 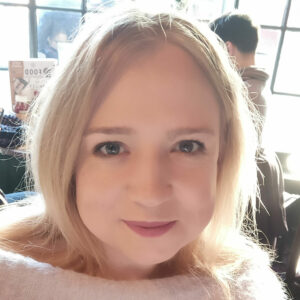 Hi, I’m Mintopia, a Software Architect and Senior Software Developer from the UK.

This site is meant to contain my random writings and thoughts.